China’s GCL, a leading solar equipment manufacturer, is considering to move into the electric vehicle sector, more specifically public transport and delivery vehicles, given its knowledge in energy, a step that will make it rise above its competitors in this industry.

In order to kick-off the work, the company started building a solar power production base costing 5 billion yuan ($721.19 million) in a new “eco-town” at Jurong near the city of Nanjing, along with solar-powered residences, warehouses and public amenities which might put low-grade, “outdated” producers at risk.

But GCL’s initiative alone isn’t enough. As Tang Yanzhe, head of the Jurong project, told Reuters, the firm is in talks with auto manufacturers to build facilities and production lines in Jurong to support China’s electric vehicle revolution. “Our investment figures are very conservative and if the car firms come, it is a long industrial chain and many supporting factories will also come,” he said.

The Jurong project is in fact part of a “special town” program launched by Jiangsu which encourages investment in strategic sectors. Some towns are shifting their main focus towards areas like fruit farming, automobiles and e-commerce.

If all goes as planned, the town’s 2-gigawatt solar panel production line should be completed this year and will go into operation at a time when China’s solar manufacturers are struggling with overcapacity, weak demand and trade frictions. But only half of the new capacity will be put into operation this year so production does not expand too quickly.

After generation capacity rose by a record 53 GW in 2017, the government has also put the brakes on new installations this year.

Critics say fierce competition between Chinese cities and regions has increased production capacity in a wide range of sectors, including steel and solar power, and electric cars may be next.

According to government data, numerous models of electric cars were registered by mid-July from 11 cities in the Yangtze delta region, and 118 enterprises registered 428 different models, up from 102 firms and 355 models in just four months.

However, China’s preferential treatment to local champions had upset automakers since this act is distorting the market and Beijing promised to act against “blind” sector growth.

Tang is well aware about the number of firms who were entering the sector but said those without “core competitiveness” would soon be eliminated.

To increase the competitiveness, GCL is exploring alternative models, and aims to produce rentable lower-cost batteries that can be recycled for use in solar energy storage.

“The Yangtze river delta is the biggest market for new energy vehicles - the customer base is the most developed, whether for delivery vehicles or passenger vehicles,” Tang said. 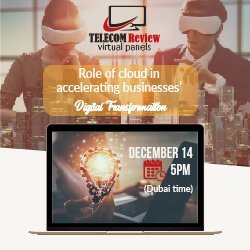